Oct 3: "Celly Day" at the Fuel Tank in Fishers to kick off the 317 Hockey League! CELLY DAY SCHEDULE (Saturday 10/3 at Fuel Tank) 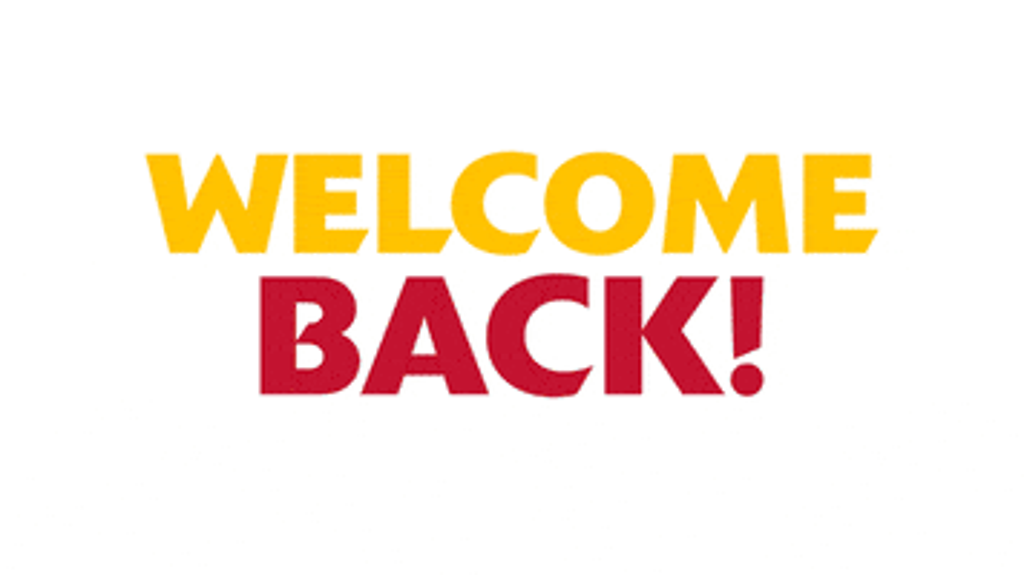 Welcome back to Hockey! We are excited to get the 2020 - 2021 season underway. As we move in to the season, many questions have been asked regarding COVID-19. IYHA Jr Fuel is planning to play a full, regular season. However, if we are unable to execute a full season, we will adapt to what we are able to do. Should the season conclude prematurely, we will issue pro-rated refunds to all members registered for the 2020- 2021 season.

The safety of players and families is our number one priority. We have put together guidelines and protocols for all IYHA Jr Fuel sanctioned events until further notice. To review these guidelines go to IYHA.com or click this link:
https://www.iyha.com/covid

We look forward to seeing you at the rink!

Sponsor of the Month

Player And Coach of the Month

Each newsletter will feature players who are nominated by their coaches for standing out with their hard work, leadership and representing the IYHA Jr Fuel on and off the ice.

We also want to recognize our great coaches and volunteers who generously give their time to the kids and the organization. Thank you all!

Would you like to nominate a coach or volunteer for next month? Email JJ Beck: jj@iyha.com

Player Of The Month - Kennedy Miller 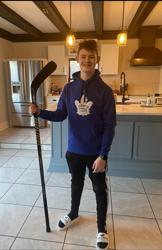 Congratulations to Kennedy Miller! This all-star teenager started Learn to Play Hockey in the Spring of 2020, right as the lockdown took place. Kennedy was determined not to be deterred, and instead focused on his off-ice opportunities over the Summer by working on his game at home.

Once the rinks re-opened in June, Kennedy was back on the ice training for the upcoming season. His work ethic is unparalleled and his coaches are always impressed with his efforts. Kennedy, unlike a lot of new players, will work on his stick handling while waiting his turn in line to execute the drill. He's always trying to take advantage of whatever ice time he can find to become a better player. That's the kind of thing that coaches look for at all levels.

Kennedy is also becoming more confident in his hockey career, reaching out to his coach personally to volunteer with the younger Learn to Play Hockey players as they begin playing this great game. He's a terrific young man who has a bright future in hockey. The IYHA Jr Fuel is extremely proud of Kennedy and wish him all the best as he continues to be a leader on and off the ice.

Coach of the Month - Jim Hansen 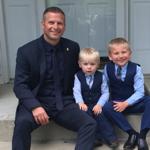 The IYHA Jr Fuel is very fortunate to have some incredible coaches who dedicate their time and energy making our program one of the best in the nation. Coach Jim Hansen has been involved with the organization for four seasons, and he has been an amazing addition to the league.

Originally from the upper peninsula of Michigan, Coach Jim always had a passion for the sport of hockey, but never played one shift growing up. Once his first son Niklas joined the Learn to Play Hockey classes at the age of three, Jim was ready to lace them up himself and give it a go. On day one we quickly realized that Jim was going to fit right in with our hockey community. He's become a staple around the rinks and plays competitively in multiple adult leagues.

Coach Jim has immersed himself, and his family, in the IYHA Jr Fuel and we are forever grateful that he has been so giving with his time. Soon his youngest son, Henrik, will be joining the league and we will see even more of the Hansen family at the rink.

"Coach Hansen does a tremendous job teaching hockey in a very intentional, age-appropriate way. He emphasizes FUN and FUNDAMENTALS, which I believe are the essential building blocks for the youth athletes that he works with. My child has benefited greatly from playing for Coach Hansen and more importantly, he has enjoyed being on his teams."
- Chris Berju, IYHA Jr Fuel Parent

"Jim is a very dedicated coach and he not only makes the kids better players, he encourages them to be better teammates. He's probably spent more time on the ice with my kids than anyone."
- Adam Summers, IYHA Jr Fuel Parent

"On behalf of the entire IYHA Jr Fuel community, I would like to extend a very grateful 'Thank You' to Jim and his family for their continued contributions. We are better because of you!"
-Blake Weishaar, IYHA Jr Fuel Parent 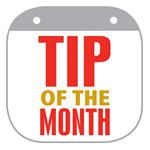 Keep connected to your team(s) with SportsEngine. Get schedules and team updates for every athlete in the house, plus a way to message other members on your team and a way to give coaches a heads up about practice. Enjoy unlimited access to scores & stats, photo/video sharing, and more.
For more helpful tips visit: https://www.iyha.com/se

The IYHA Jr Fuel Learn to Play Hockey program is extremely fortunate to have a amazing professional and volunteer coaching staff, but we could always use more help. The classes are starting to sill up and the more instructors on the ice allows us to utilize the USA Hockey ADM (American Development Model) which increases the speed of progression for our players. We encourage anyone interested to get involved. Whether you played hockey growing up or simply know how to skate, we will find a place for you to help.

Teaching and coaching can be one of the most rewarding experiences of a person's life, and seeing the smiles on the faces of the players as they learn new skills will be something that you carry with you all week! Please reach out to Learn to Play Director, Coach Ryan Beck for information on how to get involved: Ryan@iyha.com

The IYHA Jr Fuel is a fast-growing, dynamic organization whose purpose is to teach and promote ice hockey to children in Fishers, Carmel, Westfield, Indianapolis, and the nearby communities.

The IYHA Jr Fuel is the largest youth hockey association in the Midwest, with over 1200 local boys and girls ages 3 – 18 participating. We are committed to providing opportunities for all skill levels to ensure each player has a positive experience that they will always remember.

In order to be successful in our goals, the IYHA Jr Fuel is seeking financial support from individuals and businesses. Please contact JJ Beck for sponsorship opportunities: JJ@iyha.com

The IYHA Jr Fuel is back in action and Learn to Play Hockey is offering classes at multiple locations for boys and girls of all ages. This a great introduction to the sport and skill levels are welcome. Players will learn everything from the fundamentals of skating, controlling the puck, passing to teammates, and scoring the game winning goals! Our station-based format gives players the opportunity to learn the skills necessary in a safe and competitive environment. The action packed practices keep the kids moving, engage, and excited to back to the rink every week!

All players from both home rinks will skate Saturday 10/3 at the Fuel Tank for their final evaluation.

Celly Day is Saturday 10/3! Join us for your player's final evaluation and season kick off. You can find your time and rink assignment at the link below. Please bring your black and white game jerseys if you have them. If you don't have a set of Jr Fuel jerseys, please bring something with your last name on the back so coaches can easily identify and evaluate your player.

Following the sessions, teams will be formed and permanent team practice times will be assigned and released by Sunday (10/4) night.

Supplemental Skills sessions with 317HL Director Adam McHugh are under way! Please check for your scheduled time here. This will be your regular time for the entire season.  Please only attend the session for your designated age group and home rink. The sessions are near capacity and cannot facilitate make ups or conflicts. If you missed out in the initial registration and would like to join a weekly supplemental skills session for 317 HL players only, click here to register.

Reach out to 317HL Director Adam@iyha.com with any questions.  See you Saturday 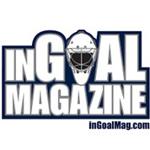 Topic: InGoalMag.com
What is InGoal?

InGoal is THE media source for goalies. InGoal has a multi platform for sharing goalie news, tips and drills. InGoal offers a weekly podcast, daily posts on their web site and a premium members only site.

I use InGoal quite often, I really enjoy their Podcast, InGoal Radio, They have had a star studded lineup of guests. They did a few great webinars with NHL goalies over quarantine.

I hope you and your goalie enjoy InGoal as much as I do,

Development quote of the month:
“Transform to perform”

Development drill of the month:
https://www.youtube.com/watch?v=j1aHxpsm3AI

We all know the hockey season is one of the longest seasons in youth sports. Before you know it you are a month into practices, a handful of games under your belt, players are juggling school work along with team commitments and while you are having fun, you may be feeling like you are just going through the motions. To combat the lack of direction it is very important to practice intentionality and goal setting at the individual and team level early in the season. Below are some tip to help you practice and implement the art of setting goals.

Last season, the IYHA made a very strategic move and combined the Fuel and Racers organizations to make one competitive program in the Indianapolis area. This organizational move has allowed us to be a more competitive program, compete against the top programs in the country, and allows our players the chance to be seen by college and junior scouts across the US.

This season our organization is making another huge step forward. Our midget hockey program will be competing in one of the top leagues across the United States. The NAPHL (North American Prospects Hockey League)  is home to some of the best AAA programs in the country such as, Esmark, Northstar Christian Academy, Florida Alliance, Meijer, and Carshield to name a few. We will now be competing on a daily basis with some of the top teams with maximum exposure on a weekend to weekend basis. Check out the league website for more info.  http://naphl.com

With this addition, our teams will have exposure from many NCAA D1/3 programs, and Tier 1/2 juniors at all NAPHL showcases and league games. The NAPHL hosts 5+ showcases each season that 100+ scouts are in attendance every weekend. The NAPHL has a close relationship with “Hockeytv”, and due to COVID-19 attendance restrictions, this streaming service will allow scouts to tune in and watch each player showcase their talent.

Last season, 8 Indy Junior Fuel players were “called up” to numerous Tier 1 or Tier 2 junior teams in the USHL, NAHL and the CCHL. As this season progresses, we will have more updates as our players have similar opportunities.

Due to COVID-19, the 50/50 raffle at the Indy Fuel games is suspended until further notice. 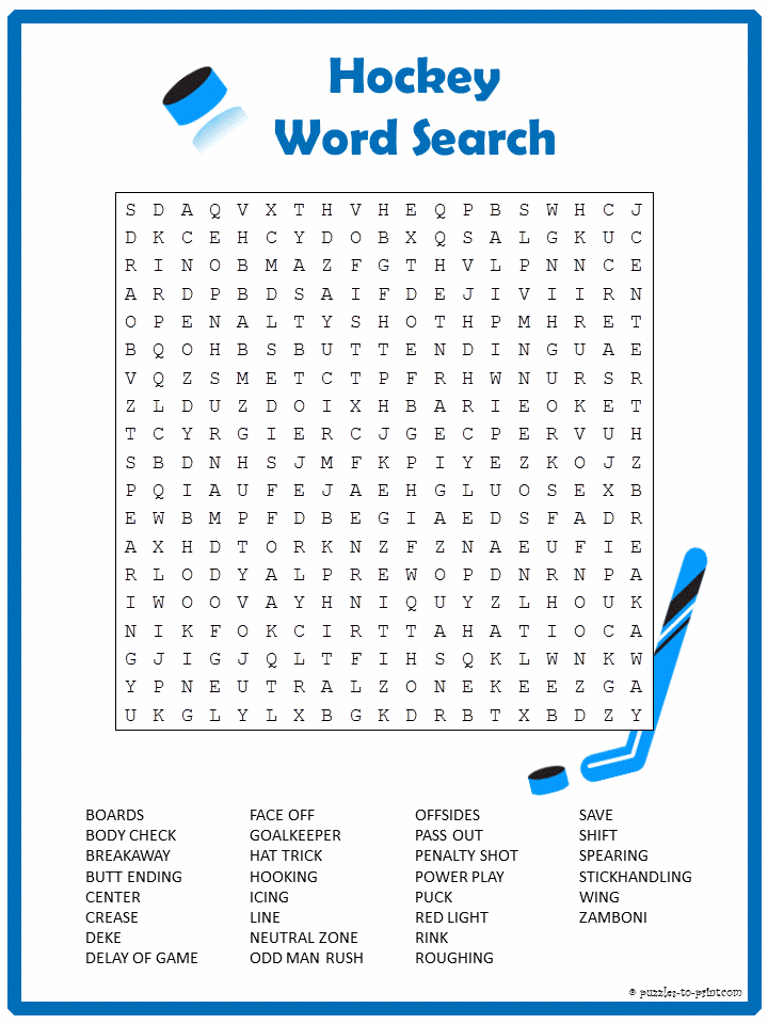