Congratulations to Jr Fuel 16U AAA player Peyton Smith for earning NAPHL All Star game MVP after scoring a hat trick and adding an assist last week in Blaine, MN. 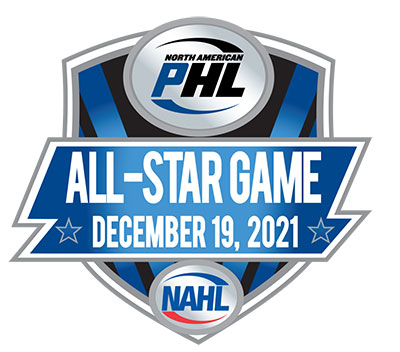 The 2005 born forward from Maryville, IL was selected for the 2021 16U All Star game by the NAPHL league coaches and the NAHL Central Scouting staff. Peyton leads the Jr Fuel 16U AAA in league scoring this season with 18 points in 18 league games thus far. Smith rose to the occasion in front of dozens of scouts against the top players in the league. He led Team Grey to a 6-1 victory with a hand in four of the team’s six goals including three of his own. Smith is the first Jr Fuel player to earn All Star MVP honors since joining the league.

Connor Smith represented the Jr Fuel in the 18U All Star game. recording one assist in Team Grey’s 5-1 victory. The crafty 2003 born forward from Detroit, MI was selected after scoring 18 points in 20 league games for the Jr Fuel behind only Luke Slaven (Fishers, IN) who leads the team in NAPHL scoring with 24 points.

All four Jr Fuel NAPHL Tier 1 teams performed very well at one of the largest and most heavily scouted events of the season. Our 14U, 15U, 16U, and 18U AAA teams went a collective 12-2-2 on the weekend. Most notable was our 15U’s 5-3 victory over the first place Chicago Reapers breaking a ten game win streak and handing them only their second loss of the season.

The IYHA Jr Fuel Board and Staff wish everyone a safe and happy Holiday Season. We will see you all when we get back to our normal schedule the week of January 3rd!