Congratulations to five Jr Fuel 16U and 18U AAA alumni that have recently made their debut in Junior hockey! 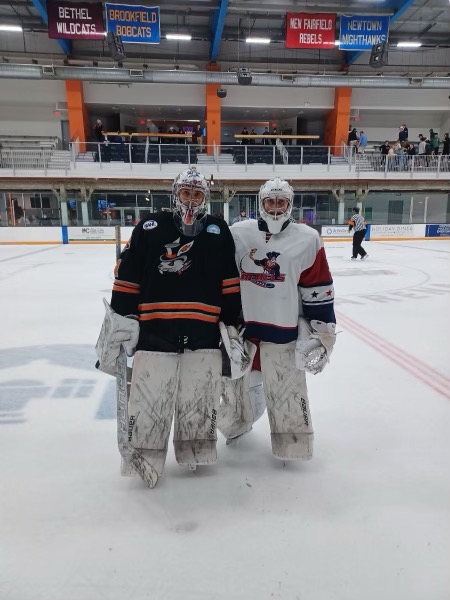 Adam Johnson has started four games so far this season for the Danbury Hat Tricks and has posted an impressive .933 save percentage which ties him for 5th best in the 29 team NAHL through the first month of play.

The North American Hockey League is the only USA Hockey sanctioned Tier 2 Junior League in the nation. During the 2020-2021 season the league boasted a record 380 NCAA commitments and two NHL draft picks. Two NAHL alumni were a part of the Tampa Bay Lightning’s 2021 Stanley Cup winning squad. Forward Pat Maroon and Head Coach Jon Cooper both spent time in the NAHL. 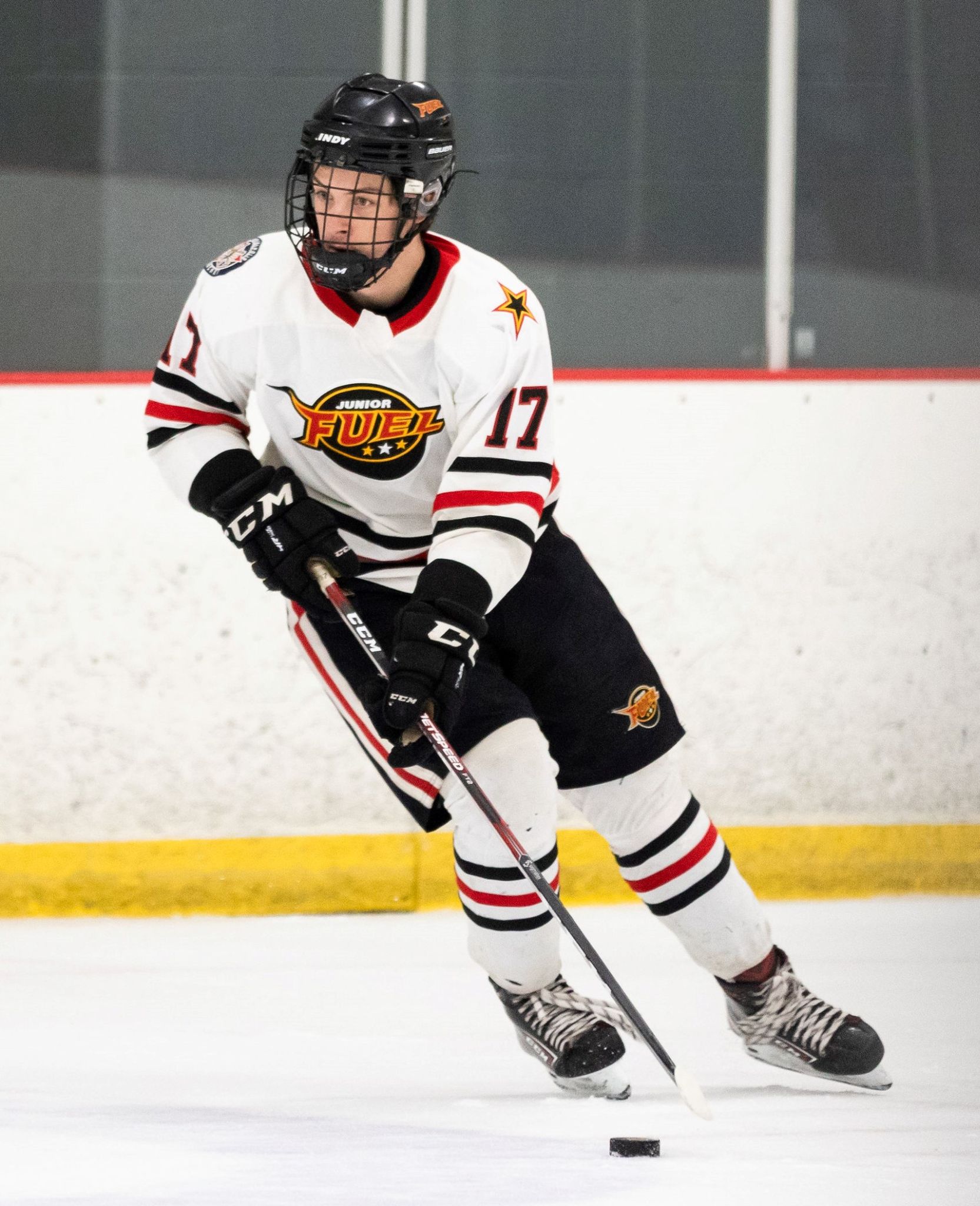 Four year IYHA player Bobby Pokupec recently played in his first SJHL games with the Notre Dame Hounds in Wilcox, Saskatchewan. Bobby is a Cincinnati native that joined the IYHA as a 15 year old and stayed with us through the merge between the Racers and Jr Fuel. He was signed by the Hounds mid-season last year while playing Jr Fuel 18U AAA and made the Hounds final roster this summer out of training camp.

Two year Jr Fuel 18U AAA player Sean Schifferl is three games into his junior career with the Northern Cyclones of the NCDC and picked up his first assist last week! Schifferl racked up 52 points in 67 games in a Jr Fuel uniform. The National Collegiate Development Conference is a junior league based on the east coast that boasted 188 NCAA college commitments during the 2020-2021 season.

Jr Fuel 16U AAA alum and Columbus, IN native, Ty Boone played his first game with the Caledonia Corvairs of the Greater Ontario Junior Hockey League. Boone made the team out of training camp as a free agent this summer and cracked the lineup on opening night for the Corvairs. Ty was selected to the NAPHL All Star game last season after scoring 18 points in 21 league games for the Jr Fuel 16U AAA team in ‘20-’21.

Congratulations to all five players and families!