Big news for Indy area players and past Hometown Heroes!

Grant Hutton (Carmel), a featured Hero in 2019, was just called 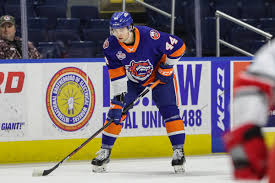 up to the New York Islanders! Grant was the captain of the Miami University NCAA D-1 club when he graduated in 2019. Upon graduation, he signed with the Islanders and had a tremendous rookie season last year in Bridgeport of the AHL, scoring 21 points in 55 games as a defenseman. Grant is currently on the Islanders taxi squad awaiting the call for his first game in the SHOW! Keep an eye on their lineup in the coming weeks to make sure you don’t miss his first NHL game! 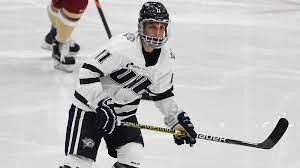 Jackson Pierson (Zionsville) was recently named a finalist for the Walter Brown Award. The award is presented annually to the top American born NCAA D-1 hockey player in New England. Jackson is finishing up his junior year at the University of New Hampshire and led the team in scoring, racking up 25 points in 23 games for the Wildcats. Pierson joined us for Hometown Heroes in the first edition in 2018.

Register today to give your player the opportunity to meet some of the best hockey players to come out of the Indy hockey community!