Oliver Wenck will return as the 16U Gold Head Coach this season. Coach Wenck grew up playing travel hockey in Indianapolis. After two seasons of high school hockey and a state championship with North Central High School, he moved on to play for the Indiana Jr. Ice U18 AAA. He continued his hockey career for two more seasons, playing for the DC Capitals U18 AAA and the Queen City Steam of the CSHL.

Coach Wenck led the 14U AA Racers team in 2018-2019 and spent three seasons before that as a coach with the Westfield High School team.

Oliver graduated from IUPUI, where he played for the Jaguars lacrosse team. 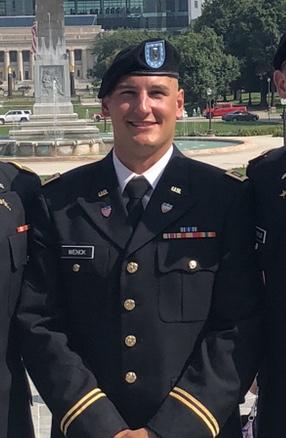 He currently resides in the area and works as an Operations Officer for the Indiana National Guard Public Affairs Office.

IYHA Executive Director Derek Edwardson on Coach Wenck: “We are very excited for Oliver to lead our 16U Gold team. He has a tremendous presence and attention to detail that will earn our players’ and parents’ respect from day one. His values align perfectly with the IYHA Jr Fuel with regard to player development, how we run practices and how we approach competition.”

What do you love most about coaching?
I love the relationships I’m able to cultivate with my teams, my players and their families. The most important aspect of coaching, to me, is helping these player’s families nurture respectful, responsible, well-rounded young men and women. We coaches get to use hockey as a vehicle for developing the next generation of leaders in our communities.

What values/lessons do you hope to teach your players?
First and foremost, I stress the importance of taking advantage of every opportunity to get better. Whether it’s on the ice or in the gym, today’s work is tomorrow’s result. Never take a day you get to play hockey for granted.

What was your best youth hockey memory?
Of the many great memories I have from hockey, one that certainly stands out is winning the International Silver Stick tournament in Forest, Ontario, in 2005. A few months after we won the first tournament in Ft. Wayne, our team traveled by charter bus north of the border. We won the championship in overtime beating three Canadian teams along the way, including opening the tournament with a 6-0 win over the host team in front of 3,000 local hockey fans.

Who was your most influential coach?
Geno Mills: he was the first coach to sit me down to discuss my short and long term goals. He gave me the confidence and motivation to set a high bar for myself, and to pursue higher levels of the sport. When my playing career was over, Geno was the first to offer me a coaching position. He continues to serve as a mentor to me. 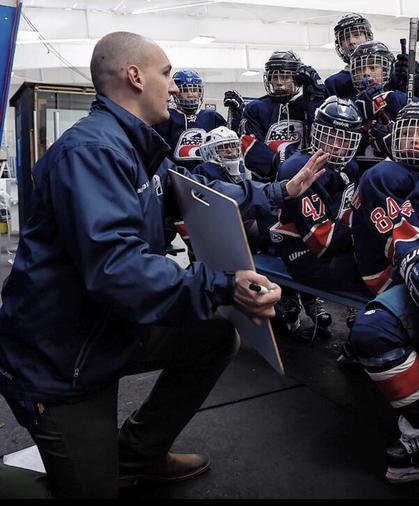 What was the best advice that you received as a hockey player?
Geno was the first to tell me this, but it was echoed by every great coach I’ve been around since: “Be the best you that you can be.” When you compare yourself or your skillset to others, you set yourself up for failure. A lot of the guys I grew up with who played in college and beyond weren’t leading scorers on their youth teams, but they knew their identity and their role and worked to become the best in those roles.

What advice do you have for hockey parents?
Look for every opportunity to make the most of your surroundings. For those relatively new to travel hockey: go to the top of the Arch in St. Louis, see the Bean in Chicago, swim in one of the Great Lakes (weather and location permitting).I don’t remember the outcomes of a tournament I played in Cincinnati when I was 9, but I remember going to my first college hockey game at Miami University that weekend with all my teammates, many of whom I’m still friends with to this day.  In fact, my teammates and I always learned a lot from watching teams even two or three years older. We would spend the entire weekend watching a friend’s older brother compete. We learned a lot about what it takes at the next level and beyond just by exposing ourselves to it.