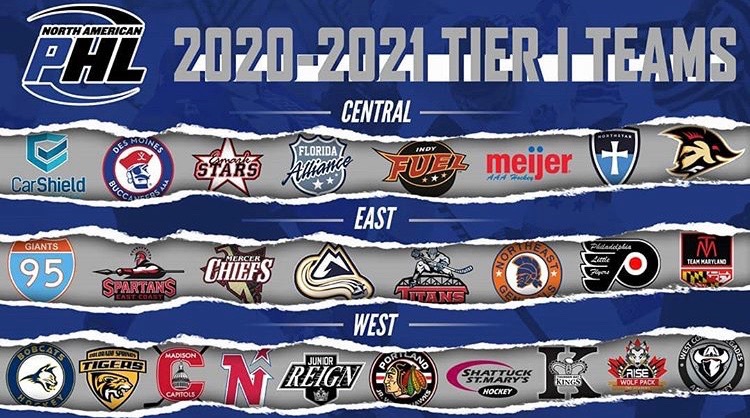 The IYHA Jr Fuel are pleased to announce the acceptance of our 15U, 16U and 18U AAA teams into the North American Prospects Hockey League for the 2020-2021 season. For the first time since entering the Tier 1 AAA realm, our teams will compete in one of the most competitive and heavily scouted leagues in the nation and play for a Championship at the end of the season. NAPHL events and playoffs are intensely recruited by Junior, NCAA and NHL scouts. The new format with regional divisions makes it the perfect combination of elite competition, superior exposure and an education conscious travel schedule. Our Central Division includes three of the top 20 nationally ranked teams in 2019-2020 at the 18U AAA level.

The NAPHL has established itself as one of the premier grounds for development and exposure. The success of teams on the National stage, as well as the success of NAPHL players at the next levels of hockey, is further proof that the NAPHL is redefining exposure and has elevated itself to one of the premier training grounds for development and opportunity.

This is a huge step toward accomplishing our goal of first class player development, coaching and player advancement at the IYHA Jr Fuel. Our place in the NAPHL will expose our players to the highest level of competition and recruitment at an appropriate time in their development.

We are getting closer to finalizing tryout dates and summer programming. As final instructions are released by state governments and the Mid Am District, announcements will be made via www.iyha.com, email and social media. Thank you for your patience. We will be back on the ice soon!