Todd Grant will be entering his sixth season as a coach in the Indy area. Last season coach Grant was behind the bench for the Jr Fuel 10U Gold team. Todd grew up in Indianapolis and shined at Park Tudor as one of the top hockey and baseball players in the state of Indiana. Following a senior season where he scored 88 goals, he decided to pursue hockey only by playing junior for Danville of the NAHL winning the 1999-2000 Robertson Cup.

After lighting up the NAHL for two seasons, he received a scholarship to play NCAA Division 1 hockey at Miami (Ohio) University where he continued his goal scoring prowess, notching 37 goals in his four seasons in the CCHA. After graduation, Todd went on to play three years of pro hockey in the ECHL and CHL.

When he hung up his skates for good, he returned to Indy and began giving back to the same youth hockey program that fostered his passion for the game three decades ago. 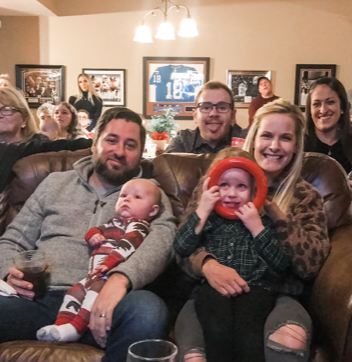 What do you love most about coaching?
Being part of a team, watching kids grow becoming better hockey players and better people as they get older.  There is nothing better than being on a team that works together to achieve a goal.  I also enjoy watching kids develop, work on skills and learn the difference between winning and losing hockey games.

What values or lessons do you hope to teach?
The importance of working hard, being a good person/teammate while continuing to learn the game of hockey.

What is your best youth hockey memory?
There are a lot of great memories in my hockey career from winning state tournaments, to coaching a national championship team, winning The Robertson Cup in jrs, achieving my goal of playing D1 college hockey, to play in front of thousands of people as a 12 year old in Quebec City.  But the thing as a player I miss the most is just being with your teammates in the locker rooms, on the road and the togetherness of hockey players.

Who was your most influential coach?
Most influential coach growing up would be Aj McIntosh, he was my high school coach where we had great teams and success in the 90’s.  He allowed me to try things, developing my skill but at the same time made sure I was doing the right thing for myself and the team.

What advice do you have for hockey parents?
Enjoy the process, stay positive and trust the coaches.  Every kid develops differently and at different stages.  I did not make the AAA team my 8th grade year and was stuck playing JV hockey at Park Tudor as an 8th grader.  I developed later than others but that year turned out to be a blessing for me.  My confidence grew as a player and it helped me in other areas of the game.