Local Players Sign First NHL Contracts Within Days of Each Other 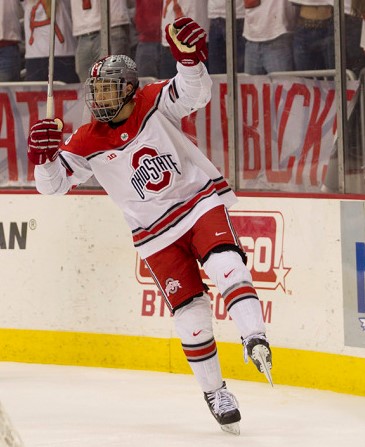 Both Jobst and Hutton are fantastic examples of patience, hard work and determination. Each player took a “non-traditional” path toward college hockey stardom and their upcoming opportunity on the world’s biggest stage. Both players played AAA hockey in town for the local Jr Ice U16/18 program. Both played three full seasons of junior hockey after they graduated high school, and joined their respective college teams after their 20th birthdays. Despite being a highly sought after NHL free agent in recent months, Hutton never found a permanent spot on a USHL roster. Jobst didn’t join Muskegon full time in the USHL until after two years of 18U hockey and had a list of NHL clubs seeking his signature upon conclusion of his senior season.

2018 Hometown Heroes Summer Camp guest Mason Jobst recently completed his college career at Ohio State with numerous scoring records and accolades including being named a finalist for the 2019 Hobey Baker Award as college hockey’s top player. Mason recorded 164 points in 150 career games for the Buckeyes while being a team captain during his final two 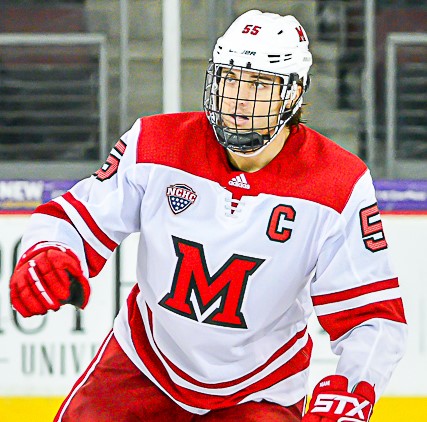 Jobst was rewarded for his effort with a two year contract from the Islanders on April 2.

Grant Hutton graduates this spring from Miami (Ohio) University, and like Jobst, was a two year team captain. Hutton finished his college career with 71 points in 144 games as one of Miami’s top defensemen. His 29 career goals are third most all time for a Miami defenseman.

Please join the IYHA in congratulating these hard working young men on their upcoming graduation and tremendous college hockey careers and wish them luck as they take the next step in reaching their dreams.