The IYHA Jr Fuel are pleased to announce the hiring of our full time Goalie Development Coordinator. Keegan Asmundson will be responsible for all aspects of IYHA Jr. Fuel goalie development. All travel goalies will get 60 minutes of dedicated goalie practice per week with Coach Asmundson. He will also be tasked with recruitment and intro to goalie programming for our youngest players interested in the position. 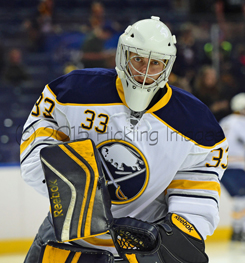 Keegan has decided to hang up his pads after four seasons of professional hockey that included stops in 4 different leagues. Asmundson saw time in the AHL, ECHL, SPHL and German professional leagues, including stints with the Fuel on two different occasions. Keegan attended NHL training camp with the Buffalo Sabres and Washington Capitals seeing preseason action with Buffalo in 2015.

Asmundson had a stellar NCAA career at Division 1 Canisius College finishing with an incredible .932 save percentage over three seasons as a starter. He backstopped his team to a conference Championship and Conference Goaltender of the year honors in 2015. During his time at Canisius, he was also a member of the NCAA D1 men’s lacrosse team.

It’s common knowledge that goaltenders are key to winning championships. Keegan is a proven winner at multiple levels. He was a part of three championship teams in the past 6 seasons. He won an Atlantic Hockey Conference Championship in 2013, a German professional league championship in 2017 and an SPHL championship with the Huntsville Havoc in 2018. He is excited to bring his knowledge and experience of not only the physical skills necessary to progress and win as a goalie, but the mental aspects as well.

Over the past ten years Asmundson has honed his craft as a goalie coach running numerous summer camps with GDI and privately trained dozens of AAA, Junior and college netminders in his home state of Minnesota. He has also worked as a tryout evaluator at some of the highest levels of junior hockey in the USHL, NAHL and for the US National team at the Select 15 National Camp in 2015.

Coach Asmundson will relocate to Indy in the coming weeks. Please join us in welcoming him to the program.

The IYHA Jr Fuel continue to strive to be the premier development option for travel players in the tri-state area. Keegan’s experience and dedication to our goalies will ensure the best in-season training available for young goalies as they work toward their long term hockey goals.